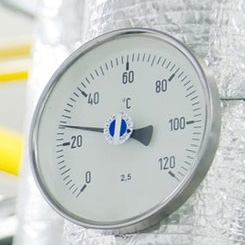 The Directive 2009/105/EC on simple pressure equipment specifies the essential requirements the product has to meet in order for the manufacturer to affix the CE marking. Simple Pressure Equipment can be described as “any welded vessel subjected to an internal gauge pressure greater than 0,5 bar which is intended to contain air or nitrogen and which is not intended to be fired”.

This Directive applies to the design, manufacture and conformity assessment of pressure equipment and assemblies with a maximum allowable pressure PS greater than 0,5 bar.

For the purposes of this Directive:

What’s not in the scope of the Pressure Equipment Directive?

The following are excluded from the scope of this Directive:

3.1. pipelines comprising piping or a system of piping designed for the conveyance of any fluid or substance to or from an installation (onshore or offshore) starting from and including the last isolation device located within the confines of the installation, including all the annexed equipment designed specifically for pipelines. This exclusion does not apply to standard pressure equipment such as may be found in pressure reduction stations or compression stations;

3.2. networks for the supply, distribution and discharge of water and associated equipment and headraces such as penstocks, pressure tunnels, pressure shafts for hydroelectric installations and their related specific accessories;

3.4. equipment covered by Council Directive 75/324/EEC of 20 May 1975 on the approximation of the laws of the Member States relating to aerosol dispensers

3.5. equipment intended for the functioning of vehicles defined by the following Directives and their Annexes:

3.6. equipment classified as no higher than category I under Article 9 of this Directive and covered by one of the following Directives:

3.8. items specifically designed for nuclear use, failure of which may cause an emission of radioactivity;

3.9. well-control equipment used in the petroleum, gas or geothermal exploration and extraction industry and in underground storage which is intended to contain and/or control well pressure. This comprises the wellhead (Christmas tree), the blow out preventers (BOP), the piping manifolds and all their equipment upstream;

3.10. equipment comprising casings or machinery where the dimensioning, choice of material and manufacturing rules are based primarily on requirements for sufficient strength, rigidity and stability to meet the static and dynamic operational effects or other operational characteristics and for which pressure is not a significant design factor. Such equipment may include:

3.13. pressurised pipes for the containment of transmission systems, e.g. for electrical power and telephone cables;

3.14. ships, rockets, aircraft and mobile off-shore units, as well as equipment specifically intended for installation on board or the propulsion thereof;

3.17. bottles or cans for carbonated drinks for final consumption;

3.18. vessels designed for the transport and distribution of drinks having a PS·V of not more than 500 bar·L and a maximum allowable pressure not exceeding 7 bar;

3.21. vessels designed to contain liquids with a gas pressure above the liquid of not more than 0,5 bar.

Step 2 - Identify the Applicable Requirements of the CE Directive

Pressure equipment must be designed, manufactured and checked, and if applicable equipped and installed, in such a way as to ensure its safety when put into service in accordance with the manufacturer’s instructions, or in reasonably foreseeable conditions.

In choosing the most appropriate solutions, the manufacturer must apply the principles set out below in the following order:

Pressure equipment and assemblies which conform to the national standards transposing the harmonised standards the reference numbers of which have been published in the Official Journal of the European Communities shall be presumed to conform to the essential requirements referred to in Article 3. Member States shall publish the reference numbers of the national standards referred to above.

Step 4 - Conduct the Assessment of the Product

1.1 Before placing pressure equipment on the market, the manufacturer shall subject each item of equipment to one of the conformity assessment procedures described in Annex III, according to the conditions given in this Article.

1.2. The conformity assessment procedures to be applied to an item of pressure equipment with a view to affixing the CE marking shall be determined by the category, as defined in Article 9, in which the equipment is classified.

1.3. The conformity assessment procedures to be applied for the various categories are as follows:

1.5. In the framework of quality assurance procedures for equipment in categories III and IV referred to in Article 3, section 1.1 (a), section 1.1 (b) first indent and section 1.2, the notified body shall, when performing unexpected visits, take a sample of equipment from the manufacturing or storage premises in order to perform, or have performed, the final assessment as referred to in Annex I, section 3.2.2. To this end, the manufacturer shall inform the notified body of the intended schedule of production. The notified body shall carry out at least two visits during the first year of manufacturing. The frequency of subsequent visits shall be determined by the notified body on the basis of the criteria set out in section 4.4 of the relevant modules.

1.6. In the case of one-off production of vessels and equipment in Category III referred to in Article 3, section 1.2 under the module H procedure, the notified body shall perform or have performed the final assessment, as referred to in Annex I, section 3.2.2, for each unit. To this end, the manufacturer shall communicate the intended schedule of production to the notified body.

2. Assemblies referred to in Article 3 (2) shall be subjected to a global conformity assessment procedure comprising:

3. By way of derogation from paragraphs 1 and 2, the competent authorities may, where justified, allow the placing on the market and putting into service in the territory of the Member State concerned of individual pressure equipment items and assemblies referred to in Article 1 (2), in respect of which the procedures referred to in paragraphs 1 and 2 of this Article have not been applied and the use of which is in the interests of experimentation.

4. Records and correspondence relating to conformity assessment shall be drawn up in the official language(s) of the Community which may be determined in accordance with the Treaty by the Member State where the body responsible for carrying out these procedures is established, or in a language accepted by that body.

The manufacturer must draw up the technical documentation described in section 3 and either the manufacturer or his authorized representative established within the Community must keep it at the disposal of the relevant national authorities for inspection purposes for a period of ten years after the last of the pressure equipment has been manufactured.

Where neither the manufacturer nor his authorised representative is established within the Community, the obligation to keep the technical documentation available is the responsibility of the person who places the pressure equipment on the Community market.

What safety information must be given to the user in relation to Annex I points 3.3 and 3.4?

When pressure equipment is placed on the market, the manufacturer is required by the PED to ensure that it is accompanied by instructions for the user containing certain safety information; such information is mandatory. Additional information may be requested by the user or recommended by the manufacturer, and agreed as part of the order or contract; this information is not a PED requirement and therefore is optional. Both types of information are elaborated below.

The following are required by the PED:

The manufacturer, or his authorised representative established within the Community, must affix the CE marking to each item of pressure equipment and draw up a written declaration of conformity.

The EC declaration of conformity must contain the following particulars:

The CE marking shall consist of the initials ‘CE’ taking the following form: 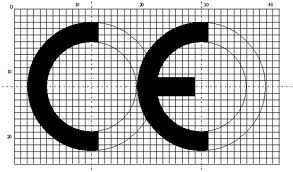 If the CE marking is reduced or enlarged the proportions shown in the above drawing must be respected.

The manufacturer may choose to affix the CE marking visibly, legibly and indelibly to the toy, to an affixed label or to the packaging.

The various components of the CE marking must have substantially the same vertical dimension, which may not be less than 5 mm.

The CE marking shall be accompanied by the identification number, as referred to in Article 12 (1), of the notified body involved at the production control phase.

The CE marking shall be affixed in a visible, easily legible and indelible fashion to each

which is complete or is in a state permitting final assessment as described in section 3.2 of Annex I.

However, should one or more of those Directives allow the manufacturer, during a transitional period, to choose which arrangements to apply, the CE marking shall indicate conformity only with the Directives applied by the manufacturer. In this case, the particulars of the said Directives, as published in the Official Journal of the European Communities, must be given in the documents, notices or instructions required by the Directives and accompanying the pressure equipment or assembly.